DAY TRIPPIN' IDEA - SIERRA COUNTY'S OWN, KENTUCKY MINE AND MUSEUM

Sierra County was built on mining and the Kentucky Mine and Museum is an incredible place to visit if you want to experience and imagine what it must have been like over a 150 years ago trying to scratch out a living as a miner.  Saying it wasn't an easy life, well, that's an understatement.

The Sierra County Historical Society cares for the mine and the museum. They are a non-profit organization and we highly encourage you to learn more about them and the work they do in Sierra County to help keep history alive.

Inside the museum is a collection of antiquities and artifacts from a time gone by.  We don't want to spoil it for you, as the museum, by itself, is a treasure you won't want to miss.  Including a replica of the largest nugget ever found in Sierra County, the Monumental nugget. 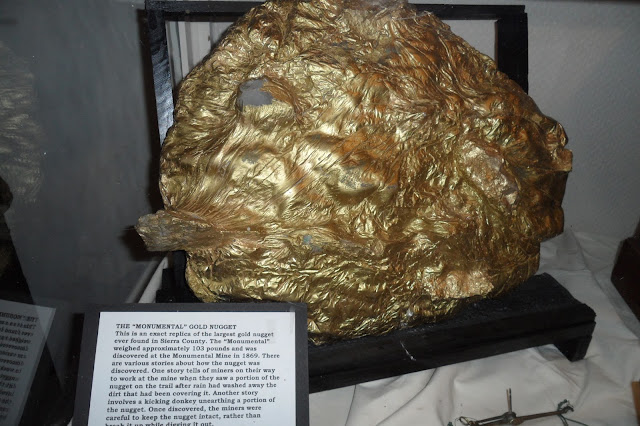 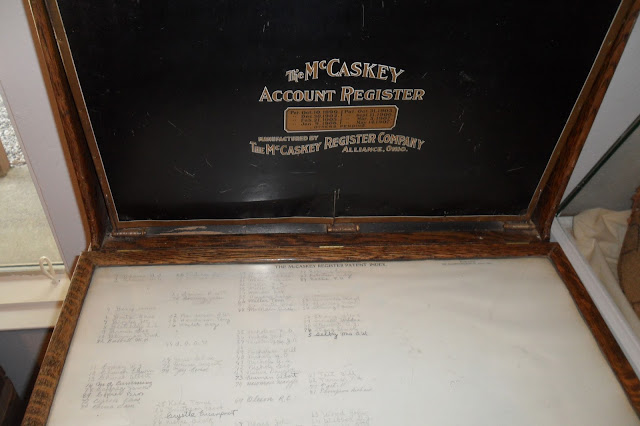 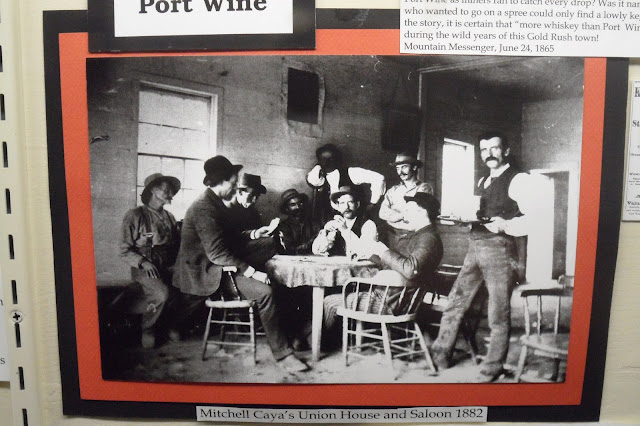 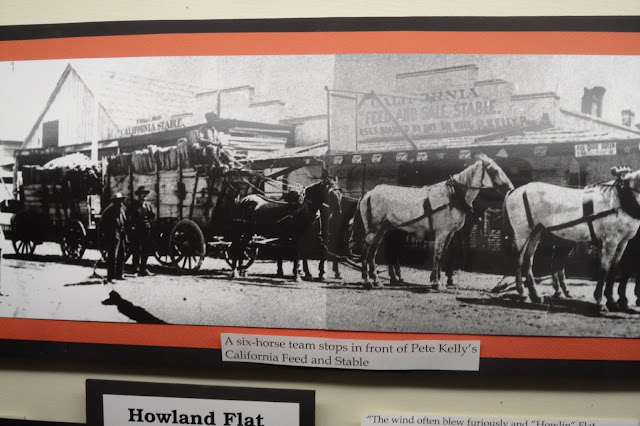 Through that door is the entrance to the mine and for a few it brought heartbreak and for others it was their source of economic freedom and independence. 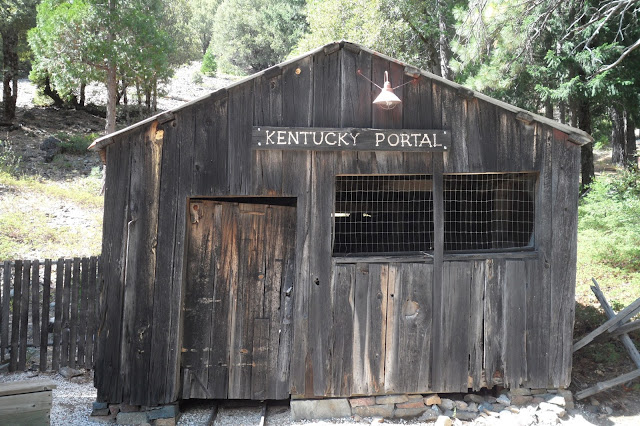 Seeing the entrance to the mine reminds us of a funny story told by one of the tour guides which showed just how out of touch with reality the owner back east was that owned the mine at the time.

The foreman of the mine sent off a letter to the mine owner asking for more candles, which was an expensive item back then if you considered transporting them to Sierra City.

The mine owner wrote back and said, "I don't understand why the miners have to work at night.  Why can't they work during the day?" 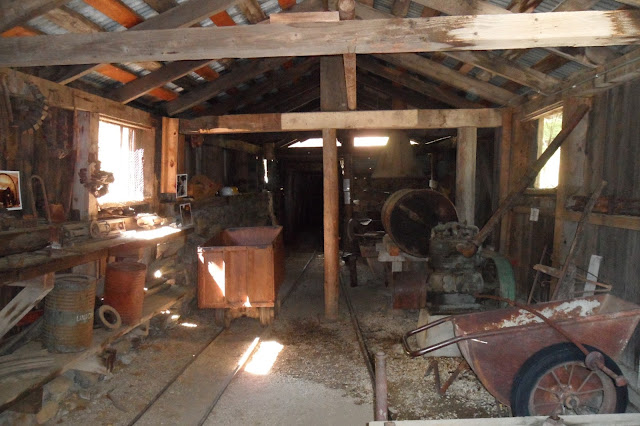 Taking a guided tour at Kentucky Mine is a must. Their guides really bring the history to life. Learning about and seeing how the miners lived as you tour a miner's cabin is an experience all to itself.  I really can't imagine living the way they did. 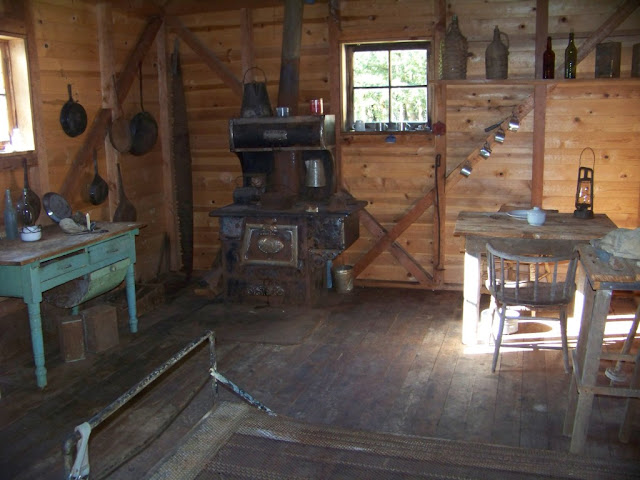 If you have children the guided tour will really open their eyes to how these miners lived and worked in the mid to late 1800's.  Our daughter still can't believe the size of the skis that the miners, or "snow shoes" as the miners called them, were or how they used them to get around in the winter. 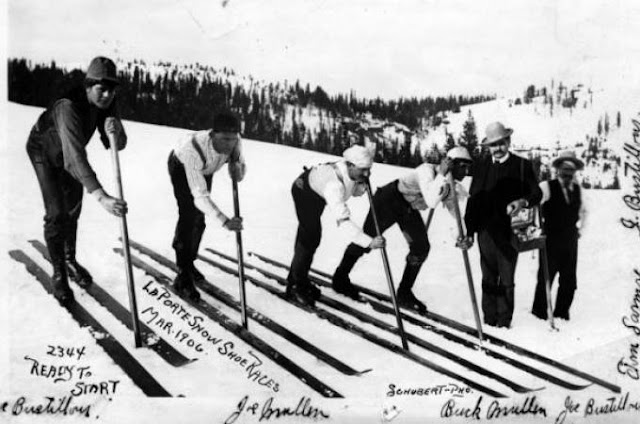 The miners in Sierra and Plumas County were so skilled with their snow shoes that they held races with prize money going to the winner.  They held the first Skiing Events in North America.  It must have been quite a sight to see a bunch of miners skiing at speeds of up to 80 mph down a hill with only a pole to sit on and use as their break.

Getting the muck out of the mine and gold rich ore to the stamp mill wasn't an easy task.  You're looking at moving out tons of useless muck before you'd even start on the gold bearing ore. 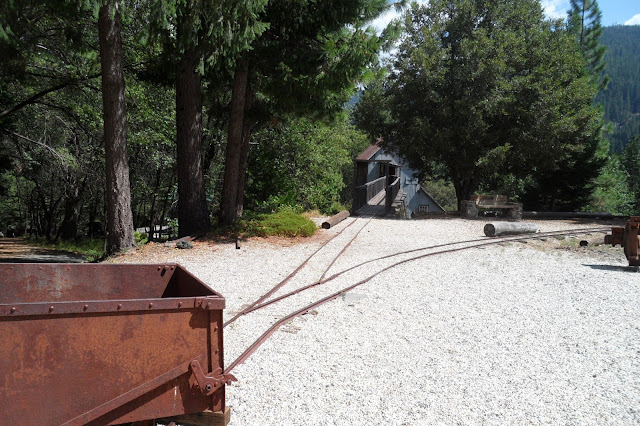 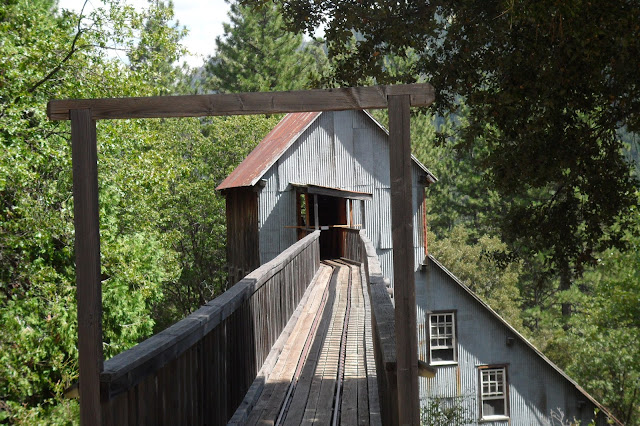 The stamp mill is where the miners' back breaking work in the mine started to pay off.  In Sierra County and in Sierra City, specifically, it's believed that the noise from the dozens of stamp mills operating in the area was so loud that residents had to go indoors to talk to one another as they couldn't be heard outside. 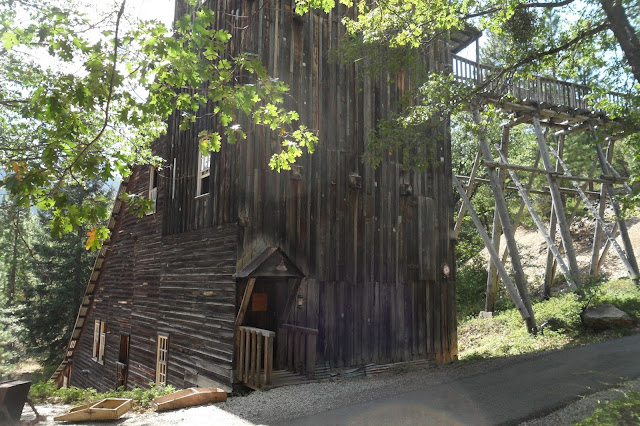 Once the ore was brought into the stamp mill classification began.  Everything was gravity fed.  The goal was to break it down to as small of pieces as one could get so that the elephant stamps could finish off the job.  Yes, I said "elephant stamps", but don't worry no elephants were harmed in the mining operation at the Kentucky Mine...hehe! 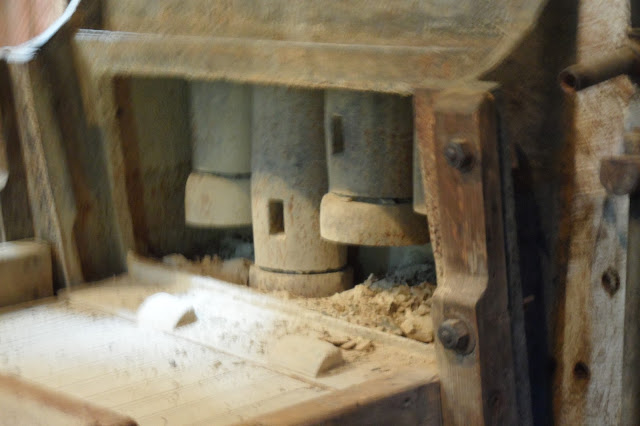 These are the elephant stamps.  The Kentucky Mine's stamp mill had ten 1,000 pound stamps which, in its hay day, ran 24 hours a day six days a week.  They took off on Sunday to go to church.  I said they were miners, not heathens....hehe!

No, but seriously, the men that worked inside the stamp mill had an extremely dangerous job.  Most of them went deaf in a matter of weeks from the noise.  Each one of these stamps would fall approximately every half second.  The noise was literally deafening.

Once the ore was pulverized it would run across the sorting table.  Working the sorting table, well, let's just say, was bit of a death sentence.  Not right away, but usually within a few years or a decade if you were lucky or unlucky as the case maybe.  The reason, mercury.

Mercury was used to catch the gold.  It was a genius idea at the time, as mercury stuck to gold or gold stuck to mercury, however you want to look at it.  It saved a bunch of work, but it was and is toxic. Not only were these men touching the mercury and it was being absorbed that way, but worse, was that to get the mercury off the gold, the gold was smelted down and the mercury vaporized and became a gas, which they then inhaled.

Mercury poisoning was a horrible way to die, but remember there was no such thing as "OSHA" at the time and they truly didn't know it was going to kill them. 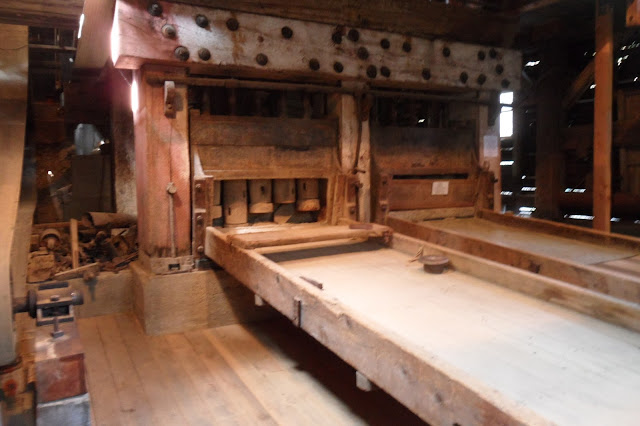 That's the very basics of how the Stamp Mill worked, but on the guided tour you'll learn it all including watching and listening to what it is like when one of these stamps fall.  It vibrates through you.

The stamp mill is also home to a special critter.  Well to be specific, they're called Townsend's Big-Eared Bats, which are an endangered bat species.  They are another reason to take the guided tour as they are incredible to watch.  Don't be surprised if you see one or more of them flying around you as you walk down the stairs of the mill.  Trust me they're great.  Even my wife Brandi and our daughter Meaghan liked them, which is really saying something. 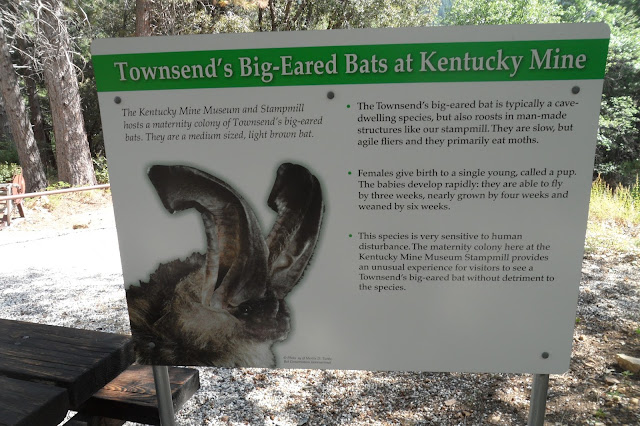 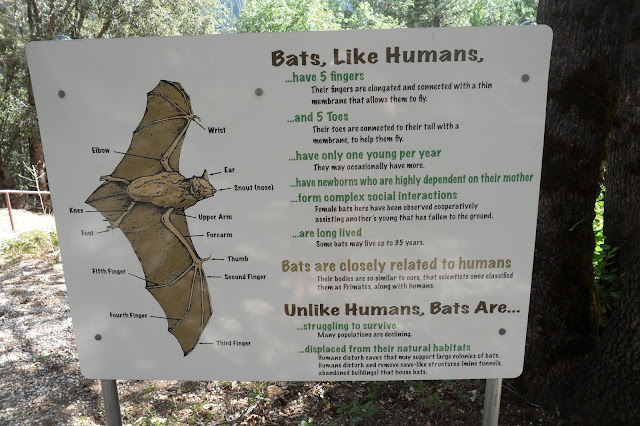 The Kentucky Mine and Museum is open Wednesday - Sunday, 10:00 AM to 4:00 PM beginning Memorial Day Weekend and closing Labor Day Weekend.

The price of admission to the Museum is $1.00.  No, we're not kidding, it really is just a dollar.

The Sierra County Historical Society holds special events at the mine as well like their Music at the Mine Summer Concert Series.

To learn more about the Sierra County Historical Society, the Kentucky Mine and Museum and the Music at the Mine please visit their website and also please consider becoming a "Society Member" as well.  Here's the link to learn more:  http://www.sierracountyhistory.org/ 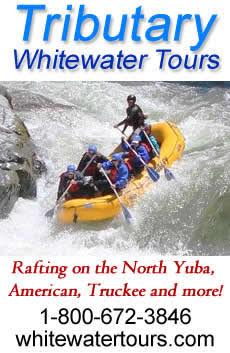 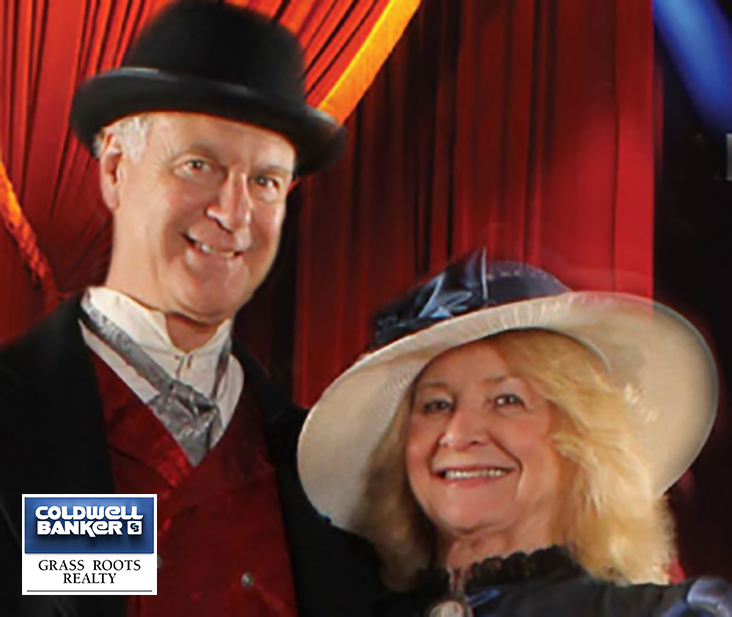 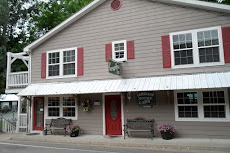 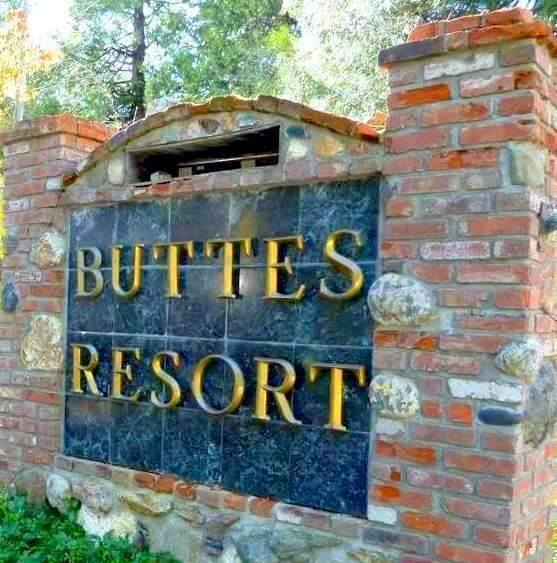 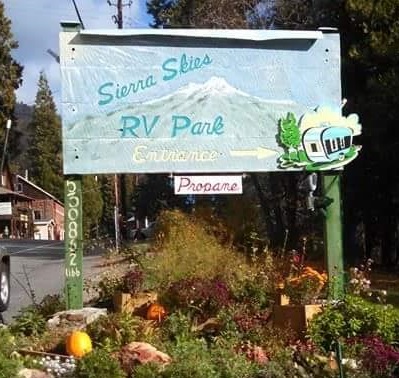 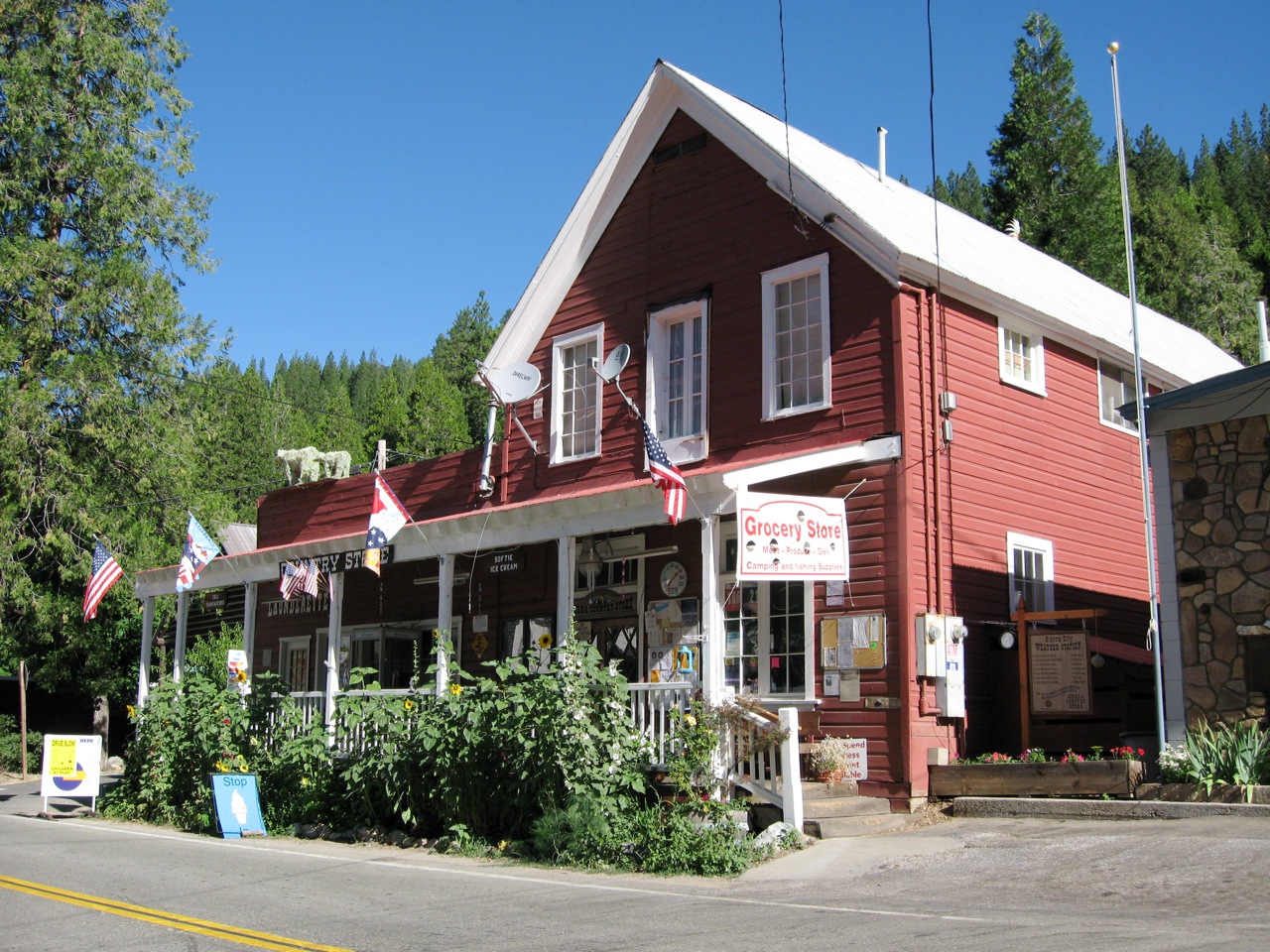 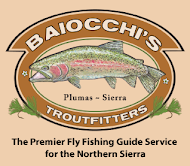 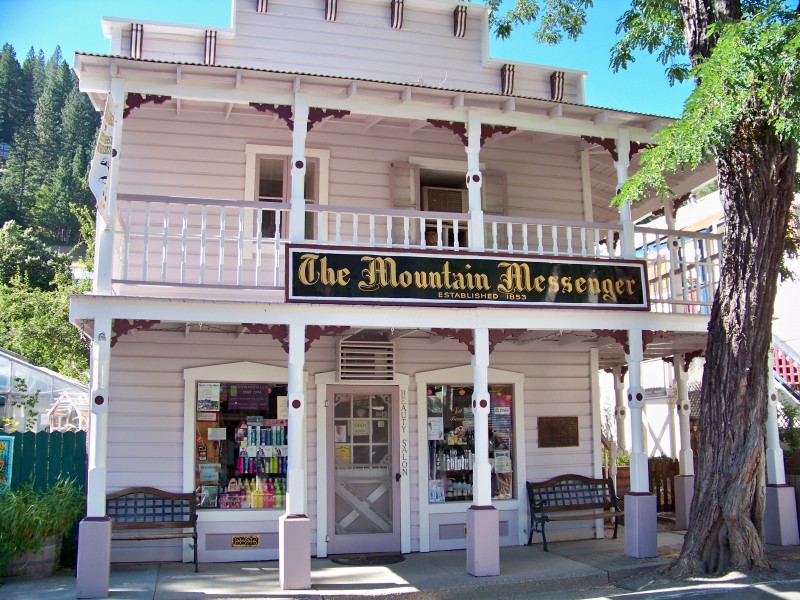 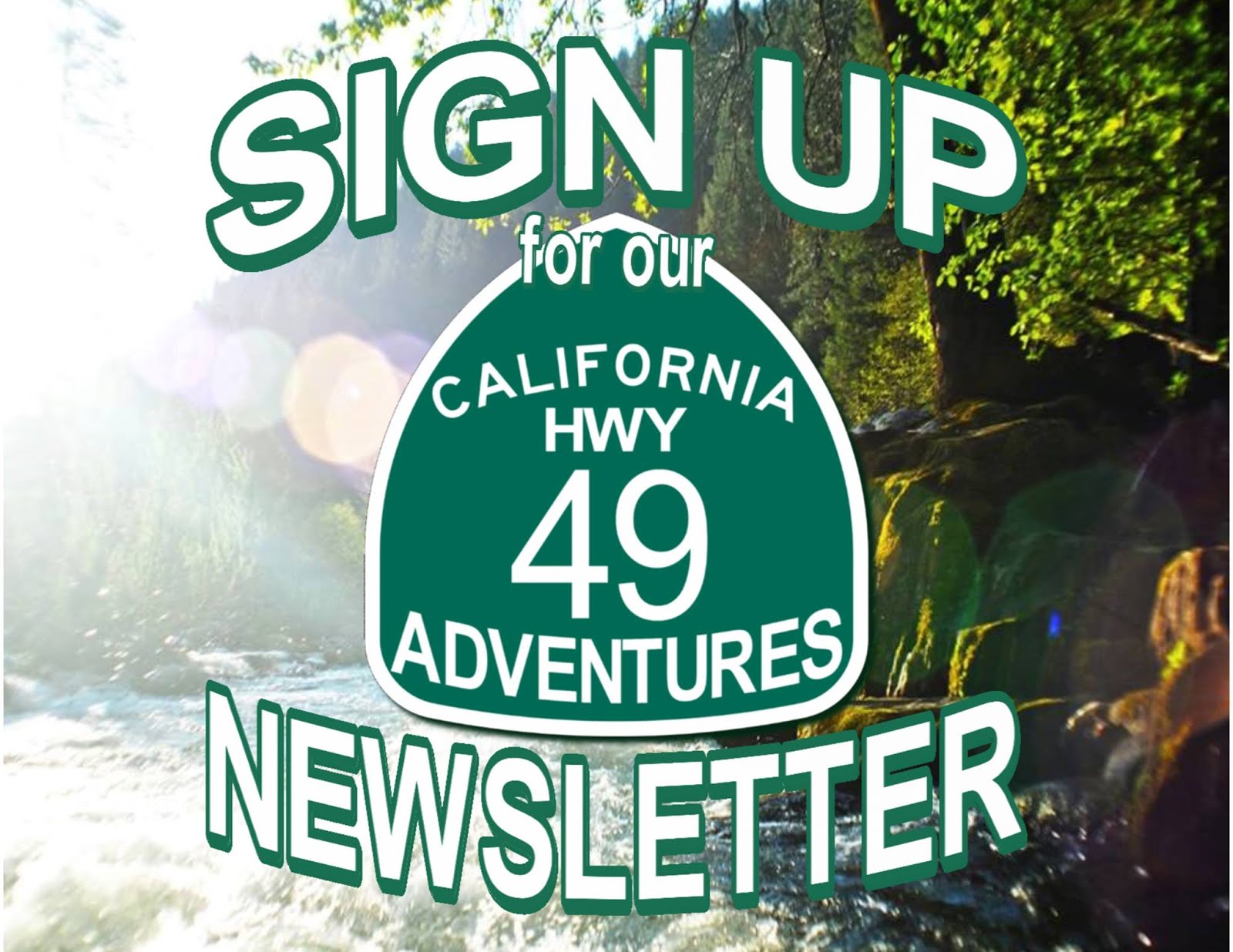